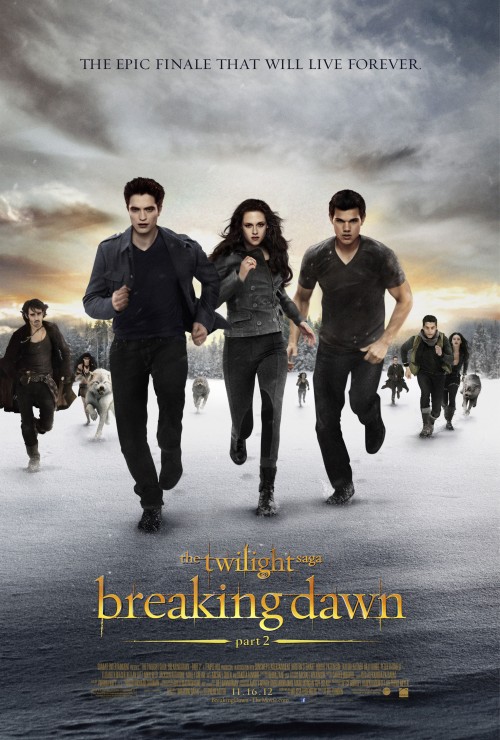 PG-13 Adventure, Drama, Fantasy
The products below contain affiliate links. We may receive a commission for purchases made through these links.
POSTERS
‹ ›

5.5
Breaking Dawn Part 2, like the first part, is based on and adapted from a series of novels by Stephanie Meyer. The film was directed by Bill Condon begins with Bella making the realization that she has, in fact, been transformed into a vampire. She runs into a crisis over what to tell members of her family, who are understandably worried because Bella has been missing for months. Renesmee, Bella's daughter, becomes threatened later on in the film when Vampire Irina sees the child do something that indicates the child is not mortal. Immediately, she goes to the Volturi and warns them of the supposed threat. As a result, the Cullens find that their peaceful family life is again under attack and do everything they can to enlist the help of friends to assist them in defending their daughters. Ultimately, they find that they have no choice but to prepare for a battle with the Volturi, which is exactly what they end up doing.
MOST POPULAR DVD RELEASES
LATEST DVD DATES
[view all]