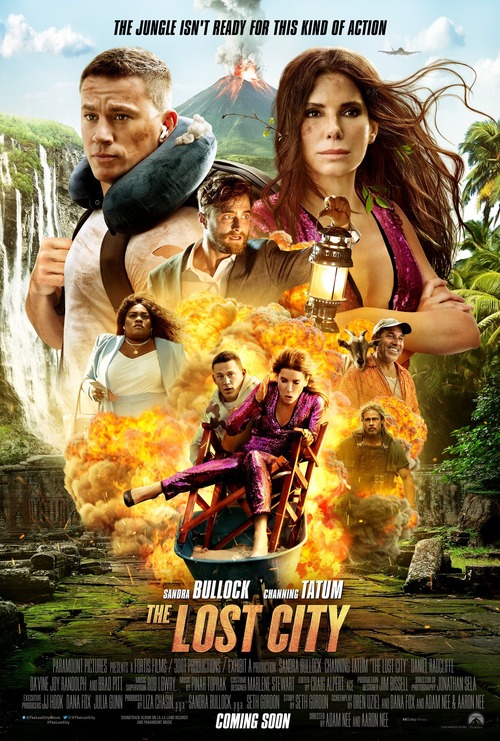 6.1
Loretta Sage is a wildly successful romance and adventure novelist with a massive fanbase. Yet, she's also a middle-aged, somewhat intraverted writer with a life that isn't remotely as great as that of her characters. She doesn't go on grand adventures. She never experiences epic romances. When her publicist forces her to go on a tour to promote her latest book, The Lost City of D, nothing goes as planned. Loretta finds out that the cover model, Alan Caprison, overpromotes himself as her book's main heroic character, Dash, even though he comes nowhere near to displaying Dash's high level of intelligence. Loretta can't wait for the nightmare tour to end, but her fans have other plans... An international billionaire criminal named Fairfax, a megafan of her works, believes that the Lost City of D is a real place. He also believes that Loretta knows how to find it. Loretta suddenly finds herself in the middle of an impossible jungle romance adventure story in which Faifax kidnaps her, Alan attempts to save her and a handsome CIA agent tries to intervene. To Loretta's even greater shock, she starts to find clues that seem to prove that the fictional city is real after all.
MOST POPULAR DVD RELEASES
LATEST DVD DATES
[view all]