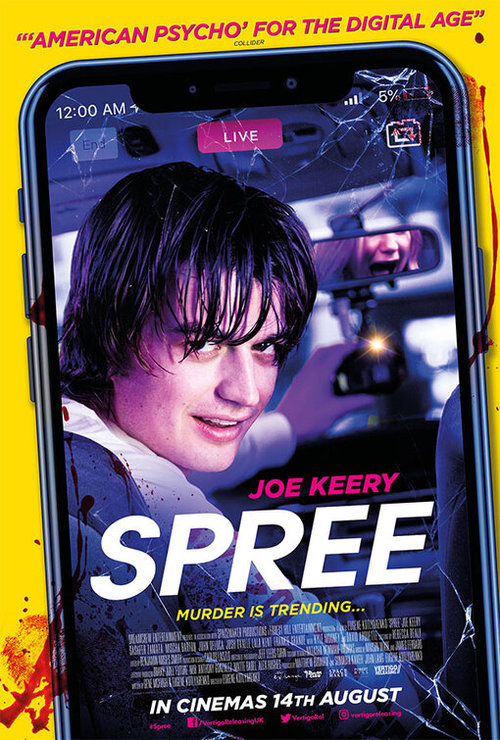 NR Comedy, Crime, Horror
The products below contain affiliate links. We may receive a commission for purchases made through these links.
POSTERS
‹ ›

5.9
Obsessed with going viral and becoming the next big Internet star, Kurt Kunkle starts working for a rideshare service app called Spree so that he can set some of his passengers up to die on camera after he gives each of them a bottle of tainted water to drink. Led by his jealousy of a child he used to babysit having more viewers and followers than him on social media sites, he becomes even more frustrated and desperate when his murderous plan still doesn't make him an Internet sensation. He later meets a popular stand-up comedian who has a large online following, and she may be able to help him end his murder spree.
MOST POPULAR DVD RELEASES
LATEST DVD DATES
[view all]