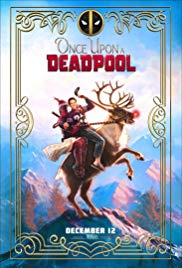 Once Upon a Deadpool

NR
When a sweet, young boy learns he has supernatural abilities, he immediately becomes the target of Cable, a cyborg whose specialty is brutal behavior and the ability to travel time. The boy's only hope to avoid a life of torment and slavery is Wade Wilson, also known as Deadpool, a mutant mercenary with a filthy mouth and terrible social skills. Deadpool gathers his fellow mutant mercenaries to protect the young boy from being captured by Cable.
MOST POPULAR DVD RELEASES
LATEST DVD DATES
[view all]