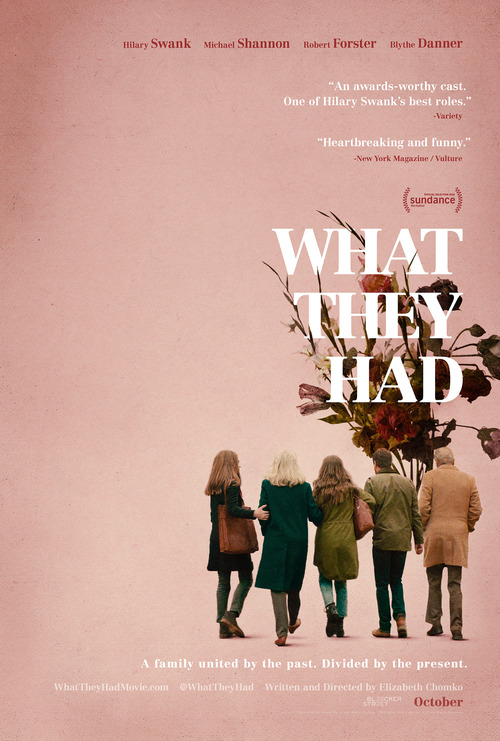 5.9
Alzheimer?s Disease is commonly thought of in a negative light. In the drama What They Had another aspect is explored. The matriarch of the family struggles within the tangled memories of her youth. The levity of the situation lends itself as a mirror. The children thought the answer was obvious as she deteriorated. Her husband?s love would never let his commitment to her waver. The adult children transcend into their younger selves, only to realize that they had not evolved as they were convinced they had. They would learn that the struggle with their mother was more about the inner struggle within themselves.
MOST POPULAR DVD RELEASES
LATEST DVD DATES
[view all]