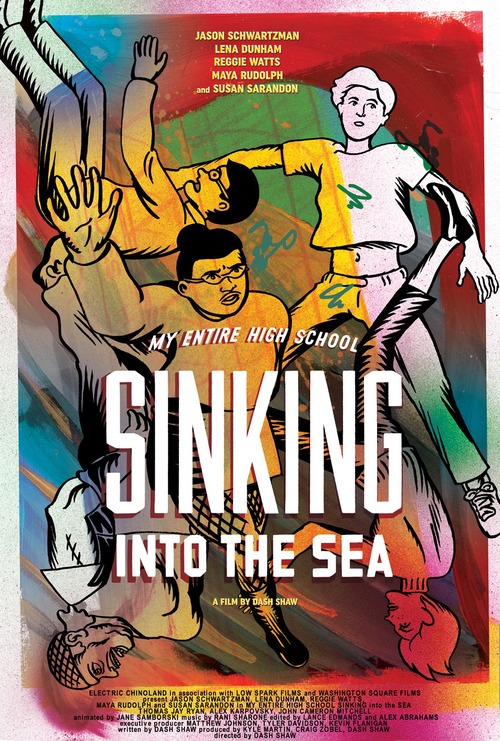 My Entire High School Sinking Into the Sea (2016)

PG-13 Animation
The products below contain affiliate links. We may receive a commission for purchases made through these links.
TRAILER

6.1
After Dash and one of his closest friends at Tides High School, Assaf, have a falling out that results in Principal Grimm giving Assaf a negative mark on Assaf's permanent record, Dash discovers a horrible secret that could result in the students and teachers coming to harm. While searching for the record, Dash learns that Grimm lied about safety issues involving a fault line in the report for the new auditorium. Although Dash tries to warn everyone, an earthquake occurs that causes the whole school to fall into the sea. Dash and his friends, classmates and teachers must try to find a way to escape the building to the roof and freedom before the entire structure sinks to the bottom.
MOST POPULAR DVD RELEASES
LATEST DVD DATES
[view all]