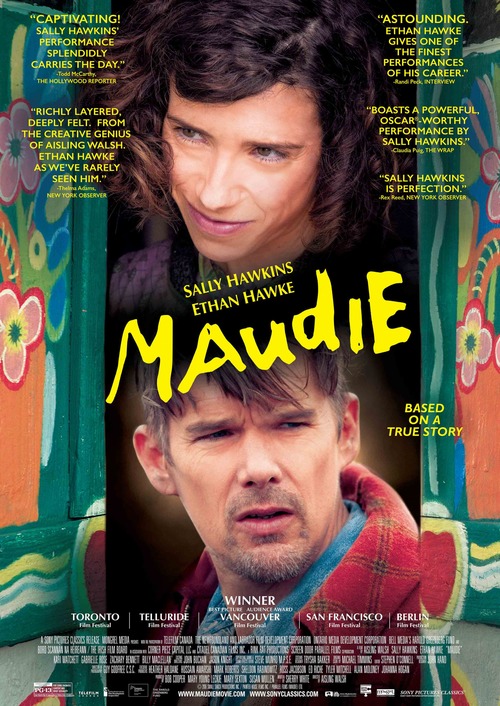 PG-13 Drama, History, Romance
The products below contain affiliate links. We may receive a commission for purchases made through these links.
POSTERS
‹ ›

7.6
In 1930's Nova Scotia, Maud Dowley tries to find her way in life while struggling with painful Rheumatoid Arthritis. The locals and her family believe that Maud is mentally deficient. To prove them wrong, she acquires a job as a housekeeper for a fish seller named Everett Lewis. Maud believes that payment of room and board can give her the independence that she craves. Others, including Everett, misinterpret the arrangement. Eventually, Maud starts painting to help her deal with an increasingly disappointing existence. After these paintings gain attention, Maud's life changes as people around the nation start commissioning her works.
MOST POPULAR DVD RELEASES
LATEST DVD DATES
[view all]