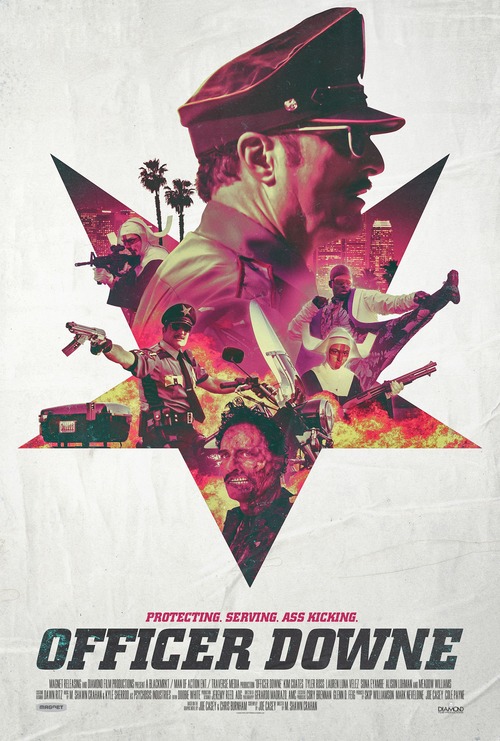 R Action, Comedy, Science Fiction
The products below contain affiliate links. We may receive a commission for purchases made through these links.
TRAILER

4.2
Crime is out of control in Los Angeles. The city is overrun by brutal crime bosses, psychotic killers, even gun-toting nuns. Enter Officer Downe, the toughest, most ruthless cop in the LAPD. He is sent out to wage a one-man war against the worst of the worst criminals. But Downe is killed in the line of duty . . . then brought back to life, then killed again, then brought back to life again. Downe is not alone in this war. He is given a rookie partner named Gable, who is about to learn there is more to Downe than he realizes.
MOST POPULAR DVD RELEASES
LATEST DVD DATES
[view all]