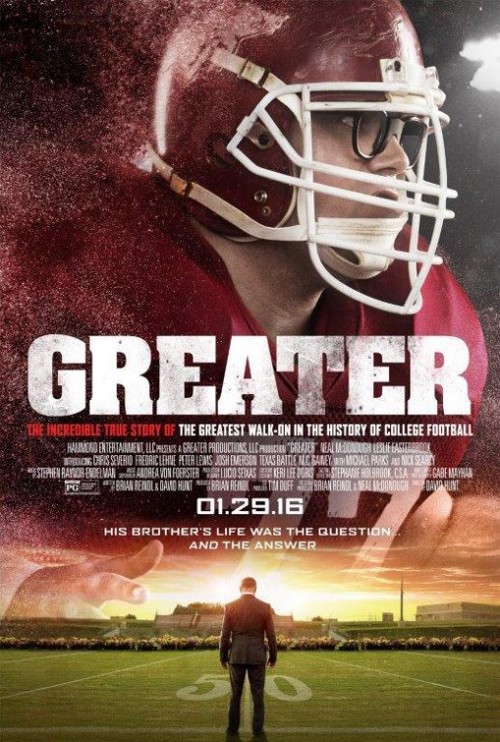 PG Drama, Family
The products below contain affiliate links. We may receive a commission for purchases made through these links.
TRAILER

7.3
The true story of one of the greatest athletes in college history, a football player walks on at the University of Arkansas to play for the Razorbacks. Seen as too short and too slow the devout Christian Brandon Burlsworth won over the hearts and minds of his coaches, teammates and fellow students with his determination. Burlsworth is the first Razorback to finish both a Bachelor's and Master's degrees playing football but was unfortunately killed in an auto accident 11 days after being drafted into the NFL.
MOST POPULAR DVD RELEASES
LATEST DVD DATES
[view all]