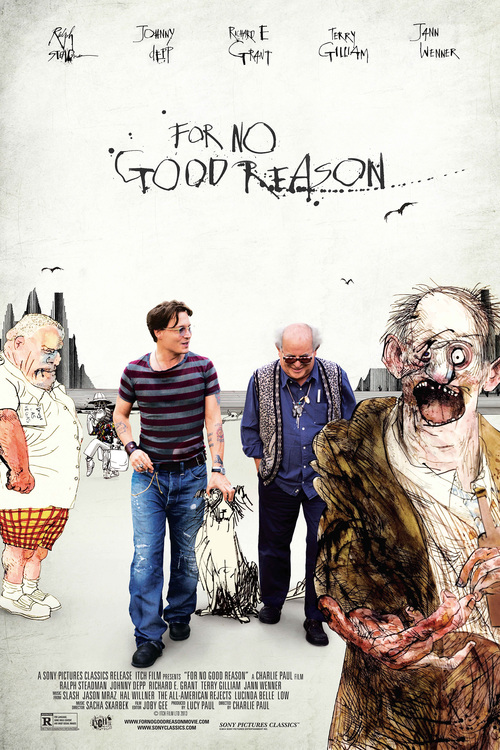 R Documentary, History
The products below contain affiliate links. We may receive a commission for purchases made through these links.
TRAILER

7.0
For No Good Reason is a documentary film that tells the story of Ralph Steadman, a renowned artist and famed Gonzo visionary. For No Good Reason is told through a series of interviews conducted by Hollywood superstar Johnny Depp that detail Steadman?s career, specifically his work with journalist Hunter S. Thompson, one of the first writers to use Gonzo techniques in his works. Among the subjects broached in For No Good Reason are poverty, the role of America in the world, and friendship. Steadman and Depp also look into the Gonzo movement through the analysis of art and animation from the Gonzo heyday in the early 1970s.
MOST POPULAR DVD RELEASES
LATEST DVD DATES
[view all]