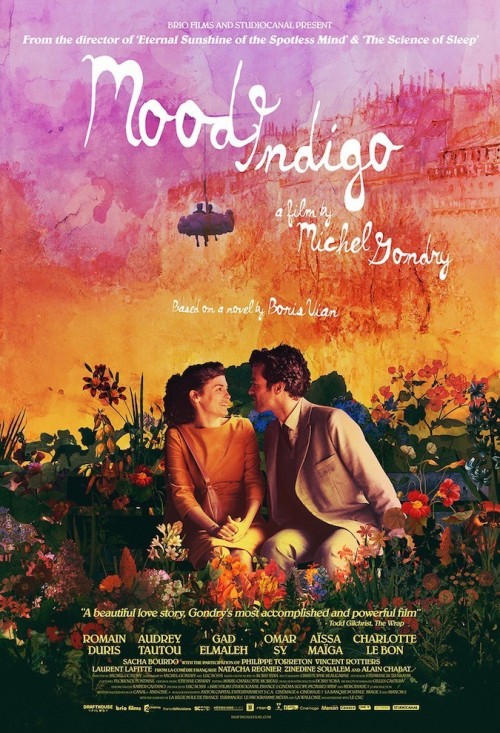 NR Drama, Fantasy
The products below contain affiliate links. We may receive a commission for purchases made through these links.
POSTERS
‹ ›

6.5
Colin is living a wealthy bachelor's life in Paris. He enjoys the culinary delights prepared by his chef Nicolas and spends his days working on the pianocktail, a special piano that doubles as a cocktail maker. His best friend is Chick, a follower of the philosopher Jean Sol-Partre. Chick has recently become involved with an American girlfriend. He invites Colin to a party and there Colin meets the beautiful Chloe. Colin and Chloe fall for each other at once and before long they are married. Unfortunately, while they are on honeymoon, Chloe falls victim to a mysterious illness where a flower begins to grow in her longs. Colin searches for a way to cure Chloe's illness while the relationship of Chick and his American girlfriend begins to fall apart. Eventually Colin discovers that the cure, like the sickness, involves flowers.
MOST POPULAR DVD RELEASES
LATEST DVD DATES
[view all]