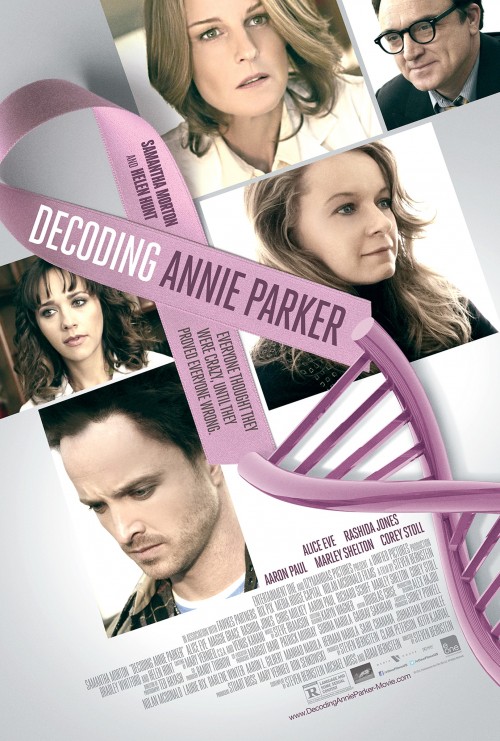 6.2
Two brave women, fighting against breast cancer for 15 years, learn that their battle is not only scientific but emotional when their experiences bring them together. Annie Parker lost both her mother and sister to the disease, and then she is diagnosed with it as well. Her zany sense of humor and natural resilience help her look death in the face, maintain her family, and keep her life together as the disease progresses. Meanwhile, geneticist Mary-Claire King researches a genetic link to cancer despite it being an unpopular theory amongst other cancer scientists. Although her colleagues frown on it, she pushes forward with her research and fights to fund a groundbreaking study that eventually leads her to Annie. The paths of cancer survivor Annie Parker and geneticist Mary-Claire King come together as they make one of the twentieth century's biggest genetic discoveries.
MOST POPULAR DVD RELEASES
LATEST DVD DATES
[view all]