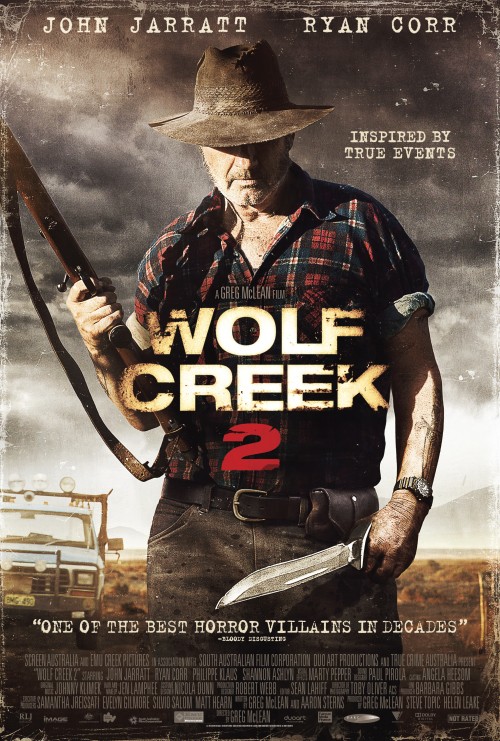 6.1
A sequel to the original 2005 thriller, the based-on-reality facts spin a story of a Mick Taylor; a murderer and stalker from the Australian outback. Mick has a taste for blood, and a new group of backpacking tourists (Rutger, Katarina, and Paul) have sparked his interest. Drawn in by tales of Wolf Creek?s gruesome history, the naive travelers have ventured to Mick?s territory in hopes of seeing something gory, brutal, and reminiscent of what happened there 8 years ago. They get way more than they ever dreamed possible when Mick grants their wishes for gore, picking them off one-by-one in the most heinous ways. The crazed murderer pursues the trio of friends through the dangers of the Australian Outback ? and only one will survive to tell the tale. Dragged back to the lair, the lone traveler discovers the depths of Mick?s insanity, unveiling dark secrets that the killer never wanted to be discovered. With absolute cunning, the trapped survivor uses wit to outsmart his monstrous captor ? proving that anyone has it in them to be ruthless and hardhearted.
MOST POPULAR DVD RELEASES
LATEST DVD DATES
[view all]