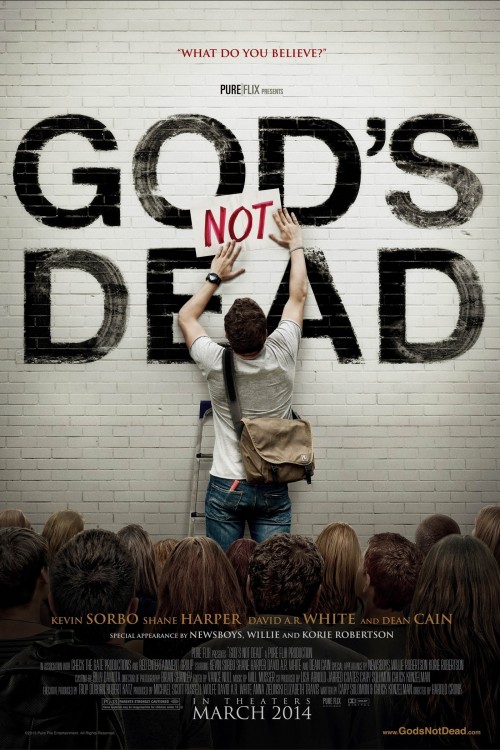 4.6
After refusing to sign his philosophy professor's declaration that God is dead, Josh accepts the professor's challenge of a series of debates in which Josh must prove the existence of God in order to pass the class. This sets Josh down a path that could compromise his faith, jeopardize his academic future and affect many of his relationships. As Josh and Professor Radisson engage in the debates, many other people in Josh's life, or affected by it, struggle with their own life-altering issues. As each person tries to reconcile their faith with their circumstances, Josh's debates with the professor become more and more intense, culminating in a moment in which Josh causes the professor to admit defeat. The class overwhelmingly supports Josh's contention that God is not dead, while Professor Radisson finally admits to himself that it was a crisis of faith that has lead him to this point in his life. Determined to set things rights, he rushes out to find the girlfriend he has abandoned, only to be involved in an accident that leaves him just moments to make the fateful decision of accepting or rejecting Josh's contention that God is not dead.
MOST POPULAR DVD RELEASES
LATEST DVD DATES
[view all]