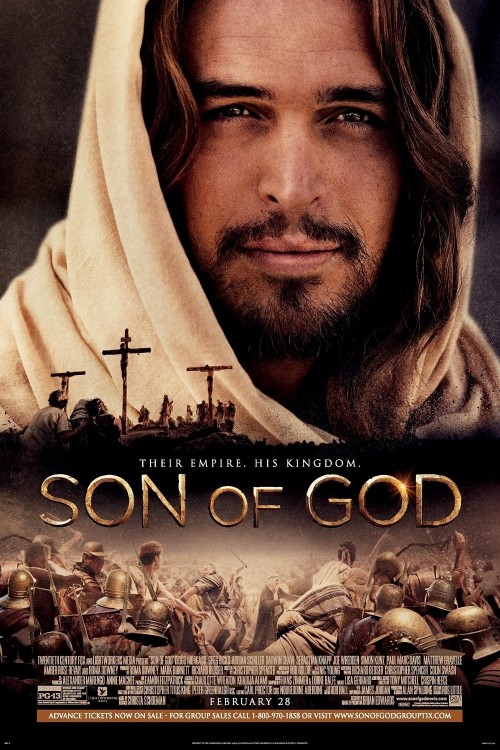 5.7
Son of God is an adaptation of The Bible, a 10-hour mini-series by Roma Downey and Mark Burnett. Son of God tells the story of Jesus Christ, from birth to ministry to crucifixion and ultimately his resurrection. It is directed by Christopher Spencer, written by Richard Bedser, along with Spencer and two others, and stars Diogo Morgado as the adult Jesus. Although there have many films about the life of Jesus, Son of God aims to distinguish itself by being both cinematic storytelling and a powerful, inspirational message. The scale and scope of the vision are truly epic and memorable. The performances leave a lasting impression, the locales are awe-inspiring, the visual effects are sophisticated and the orchestral score by Hans Zimmer is a journey onto itself. Son of God cannot achieve all the moments of contemplation that the 10-hour format allowed, but it does achieve what The Bible did so well: create an emotional connection with the characters that reaches beyond the material to find an audience even beyond Christendom.
MOST POPULAR DVD RELEASES
LATEST DVD DATES
[view all]