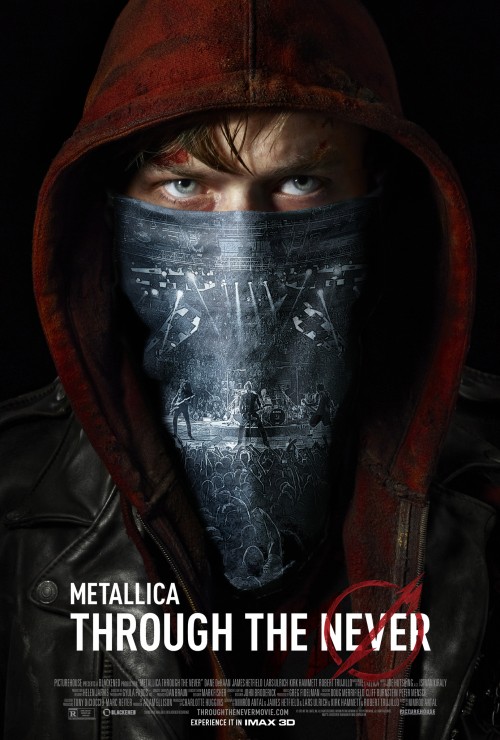 Metallica Through the Never (2013)

R Music
The products below contain affiliate links. We may receive a commission for purchases made through these links.
POSTERS
‹ ›

7.6
Metallica is known world wide as one of the most popular, powerful, and best selling bands of all time. Their specialty, as the name suggests, is the Heavy Metal genre of rock. In this genre, the group truly has few equals. "Through The Never" is the latest concert film and documentary available from the group. It was released in 2013. The film not only features concert footage from the group, but also a very surreal plot line which involves the adventures of a young man named Trip. During the course of the film, the character named Trip is revealed to be a stage hand working for the group. Trip is sent on a very bizarre mission to bring a can of fuel to one of the group's vehicles, which has run out of gas under a nearby highway underpass. Young Trip has all sorts of adventures while engaged on this quest. Meanwhile, in unrelated footage, the band Metallica runs through a program of its most beloved live concert hits.
MOST POPULAR DVD RELEASES
LATEST DVD DATES
[view all]