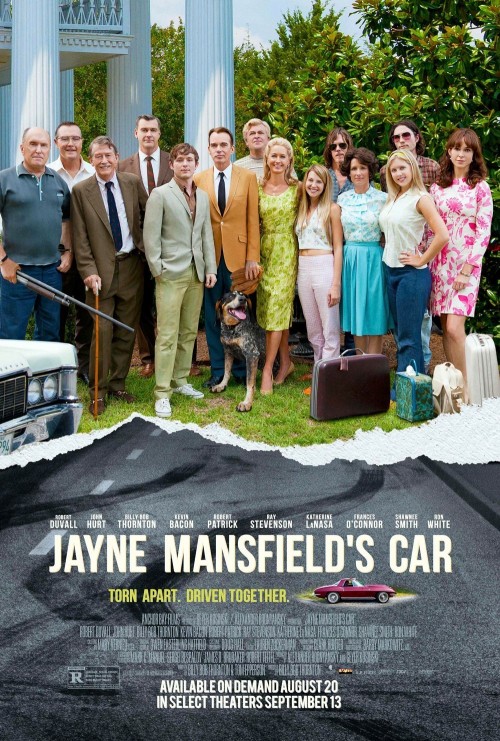 6.2
In "Jayne Mansfield's Car," a woman who left her family in Alabama to move to England and start a family with another man dies, and her request to be buried back in Alabama stirs up all sorts of confusion as her two families meet for the first time. The film is set in 1969, but it also deals with the 30 years preceding the death of the central character. An all-star cast brings a series of quirky characters to life, showing just how challenging this family reunion is going to be. All of the drama in this movie hinges on the way that the members of these two families must relate to one another after all this time. The tension of personality clashes and hurtful past history make reconciliation an elusive goal, yet this is a film in which the audience is permitted to hope that good will come out of the ashes of tragedy that follows many years of betrayal and anguish. The attention to detail with regard to scenery and music is also noteworthy.
MOST POPULAR DVD RELEASES
LATEST DVD DATES
[view all]