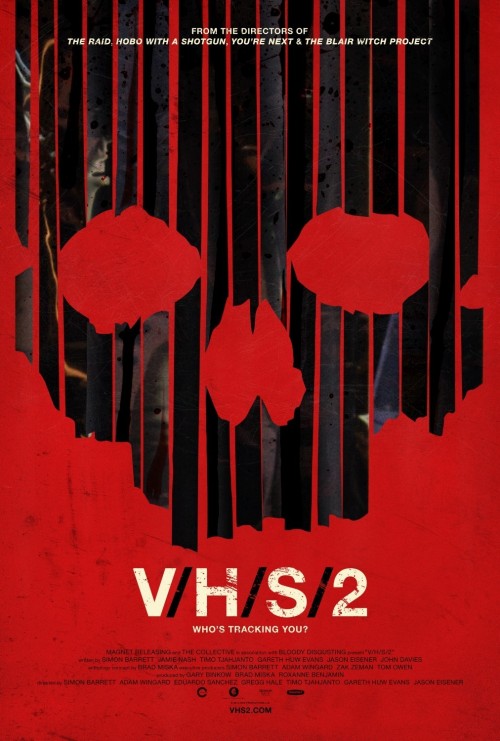 6.0
V/H/S/2 is an anthology-style horror film that follows up the first V/H/S, and it opens with two investigators on the trail of a college student who has disappeared. They search his apartment and find a cache of VHS tapes with increasingly bizarre and disturbing footage. The two also find a laptop computer still recording live video, and they play back that footage to find a video of the missing boy talking about the tapes' unsettling effects on him. The investigators start watching the tapes in a prescribed order, though one of them becomes sick with a migraine after viewing the very first one. The second tape lead to the apparent death of the ill investigator, but she ends up coming back to life as a murderous zombie. It turns out the same fate befell the missing college kid, who had just been hiding while the investigators first entered his apartment. The still-human investigator flees from both of the undead, only to have the boy follow and kill him while still capturing the act on camera.
MOST POPULAR DVD RELEASES
LATEST DVD DATES
[view all]