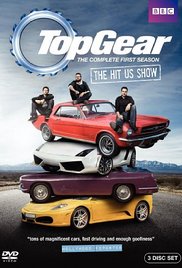 5.1
The general idea behind Top Gear USA is test driving and showcasing a variety of different vehicles. There are three hosts that introduce different segments of the show. In each episode there is also an anonymous character known only as "The Stig." The only thing that has been revealed about The Stig is the fact that he (or she) is a professional race car driver. The Stig test drives the vehicles that are featured in each show. Guest stars are also invited to appear on the episodes, and they are instructed by The Stig on how to drive vehicles around the test track.
MOST POPULAR DVD RELEASES
LATEST DVD DATES
[view all]