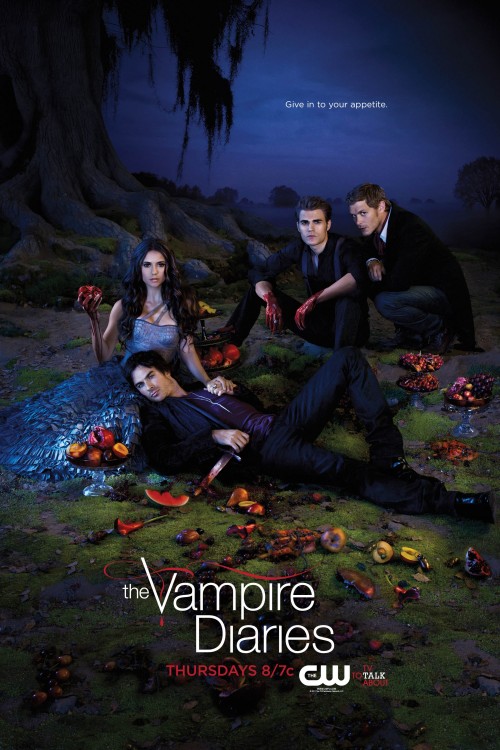 TV-14 Drama, Fantasy, Horror
The products below contain affiliate links. We may receive a commission for purchases made through these links.
POSTERS
‹ ›

7.7
Elena Gilbert just lost her parents in a freak car accident. Not everything is what it seems in Mystic Falls, however. As Elena and her brother, Jeremy, grieve for their loss, vampires are returning to this old town for both love and redemption. Stefan longs for his lost love, Katherine, and finds the resemblance in Elena to be stunning. Living longer than 150 years, Stefan became a vampire, along with his brother, Damon, during the Civil War. Katherine, being their sire, becomes the focus of both their needs in Mystic Falls. With Elena appealing to both vampire brothers because of her Katherine resemblance, more supernatural occurrences arise, from werewolf sightings to witch spells. Enlisting the help of her best friends, Bonnie and Caroline, Elena must maneuver through this new world of supernatural beings as she falls for Stefan, but feels an emotional pull toward Damon at the same time. As more vampires descend on Mystic Falls, it is up to the vampire brothers to protect Elena, along with her family and friends, as allies are formed and enemies arise from ancient times.
MOST POPULAR DVD RELEASES
LATEST DVD DATES
[view all]