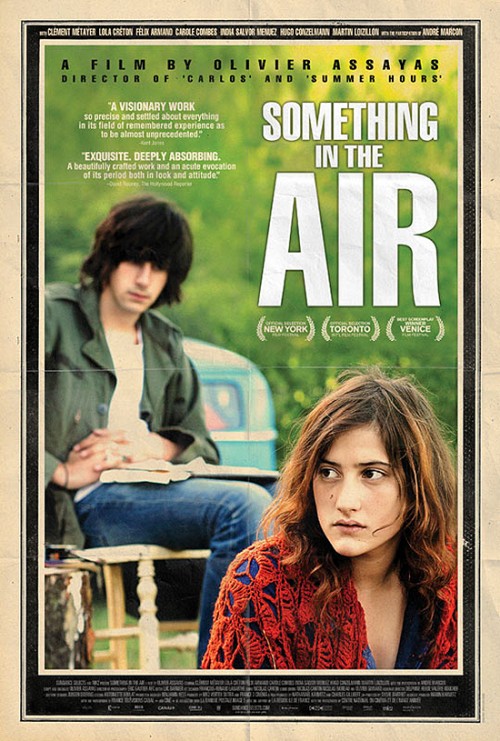 6.4
The story opens up in France in 1971. It is a time when things are starting to calm down from the social upheaval that turned the country upside down during 1968. Gilles is a high school student who still cherishes the revolutionary Communist rhetoric that inspired the youth revolution of three years previous. He and his friends plot to think of ways that they can bring the spirit of revolution back. In an ill-fated decision to commit an act of vandalism to promote their Communist views, Gilles and his friends end up in a violent clash with the security guards at their school. As school ends for the year, Gilles and his friend Alain are facing possible criminal charges. Gilles and his friends then go their separate ways for summer vacation. They are split apart, but all of them are still dedicated to shining the flame of revolution throughout Europe. The film follows them as they stumble through many missteps as they try to keep the spirit of revolution alive. As the film moves along, Gilles finds it harder to maintain the spirit of revolution in his heart. He starts to question his beliefs, and he may find that he needs to drop them altogether.
MOST POPULAR DVD RELEASES
LATEST DVD DATES
[view all]