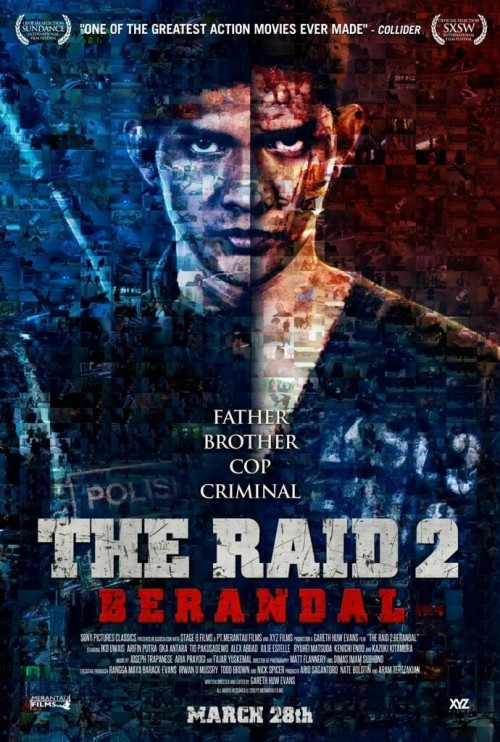 7.9
The Raid 2 picks up exactly where The Raid left off. After taking care of the bad guys in The Raid, officer Rama has managed to bring in another crooked cop called Wahyu. After bringing in the corrupt officer, Rama's superiors offer him the opportunity to go deep undercover and bring down the Jakarta crime syndicate for good and save the city from their corruption. Although Rama appreciates the offer, he is reluctant to go undercover and wishes to simply return to his life. However, he is forced to face his reluctance after a local gangster Bejo, who wishes to grow his crime empire, kills Rama's brother. After the death of his brother, Rama agrees to go undercover and bring down the crime boss Bangun. After accepting the assignment, Rama immediately has himself put in prison so he can befriend Bangun's son and heir Uco. Things go according to plan when the men are released and Uco helps Rama enter into his father's criminal underground. However, Rama is faced with more difficulties as he soon discovers that Uco is hotheaded and driven by ambition to takeover the gang from his father. Uco's ambition puts Rama in serious trouble that threatens not only to engulf him, but the entire city.
MOST POPULAR DVD RELEASES
LATEST DVD DATES
[view all]