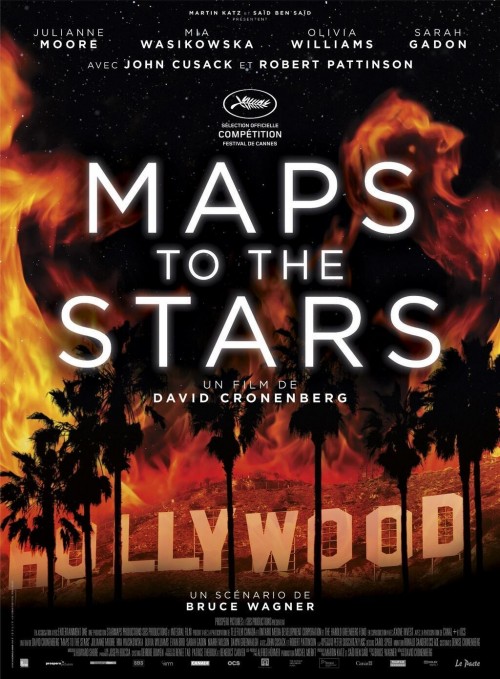 6.2
Maps to the Stars is the story of the dysfunctional Weiss family: Stafford and Christina and their children, Benjie and Agatha. Analyst and coach Stafford has made a great deal of money writing self-help manuals. Benjie is a 13-year-old child star, thanks to the help of his mother, who is also his manager. He's just gotten out of the rehab program he's been in for nine years. The other Weiss child, Agatha, has also just been released from the sanatorium, where she went to receive treatment for her criminal pyromania. Along the way, she's made a new friend: Jerome, a limo driver and aspiring actor. The Weiss family's story really gets going with the introduction of Havana, one of Stafford's clients. Her mother, Clarice, was a movie star in the 1960s, and now Havana wants to star in a remake of the movie that launched her mother's fame. After Clarice's death, Havana is haunted by dreams of her mother, and she looks to Stafford to help her cope with them.
MOST POPULAR DVD RELEASES
LATEST DVD DATES
[view all]