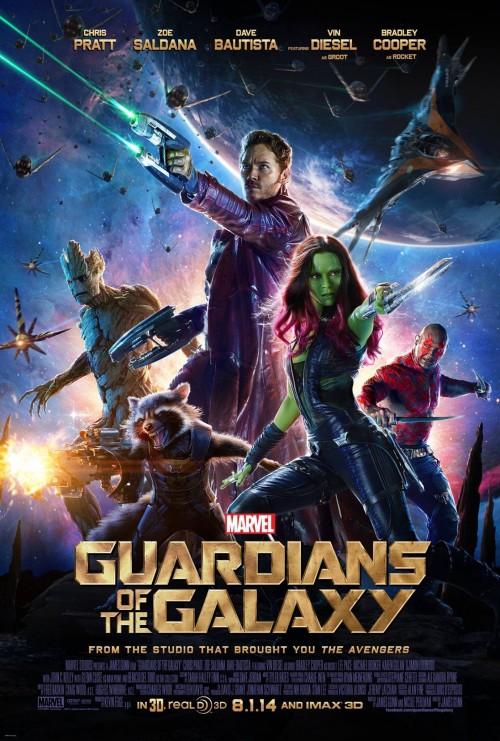 PG-13 Adventure, Fantasy, Science Fiction
The products below contain affiliate links. We may receive a commission for purchases made through these links.
POSTERS
‹ ›

8.0
After stealing a valuable orb, Peter Quill, also known as Star Lord, becomes the target of a galaxy wide manhunt. Soon, Quill discovers the orb is actually a source of great power coveted by the villainous Thanos. Realizing the threat it poses to the entire universe, Quill must assemble a group of the galaxy's most wanted criminals to protect it. He teams with the murderous soldier Gamora, the brutish Drax the Destroyer, the living tree Groot, and Rocket, a genetically engineered raccoon and weapons expert. Together as the Guardians of the Galaxy, they must fight off Thanos's agents, Ronan and Nebula, in order to keep the orb from falling into their hands.
MOST POPULAR DVD RELEASES
LATEST DVD DATES
[view all]