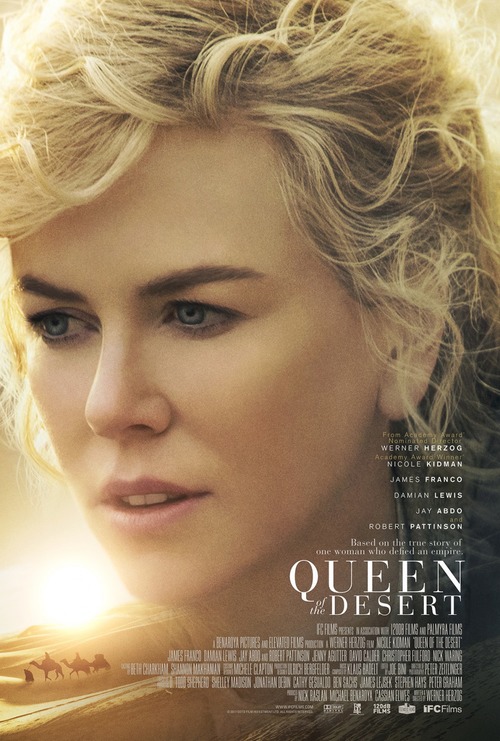 5.7
Queen of the Desert has been getting Oscar buzz based on the movie trailer alone. Gertrude Bell was a British archaeologist, diplomat and traveler who, was arguably ahead of her time. She broke an Oxford record in 1886 by graduating with a top degree in modern history. After World War I, she visited the Middle East and is noted to have drawn the boundaries of various countries on a map. She was also a spy for the British Empire in Cairo. When Winston Churchill consulted his Cairo team after a conflict that resulted in thousands of soldiers perishing, it was Bell who influenced policy in the Middle East.
MOST POPULAR DVD RELEASES
LATEST DVD DATES
[view all]