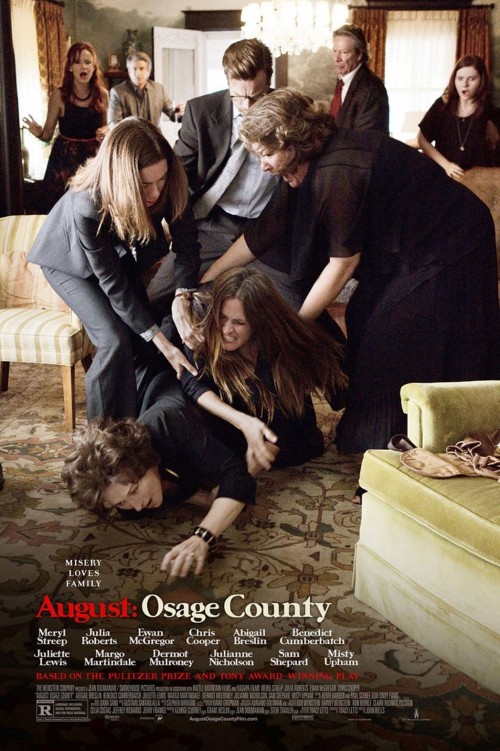 7.2
Beverly Weston is a man who has a severe drinking problem. His wife, Violet, suffers from a form of mouth cancer and has unfortunately become addicted to drugs. They live in Osage County, a part of Oklahoma, and the time is currently August. Beverly decides that it will be best to hire a cook that not only will live in the home, but also help to take care of his wife Violet. Things are fine after Johnna, the hired help, enters the home, until suddenly Beverly disappears. This leads the entire family to come together in hopes of finding him, but are shocked when they find that he has actually committed suicide. Mixed emotions prevail and fights form between Violet and Barbara, as they have never gotten along well.
MOST POPULAR DVD RELEASES
LATEST DVD DATES
[view all]