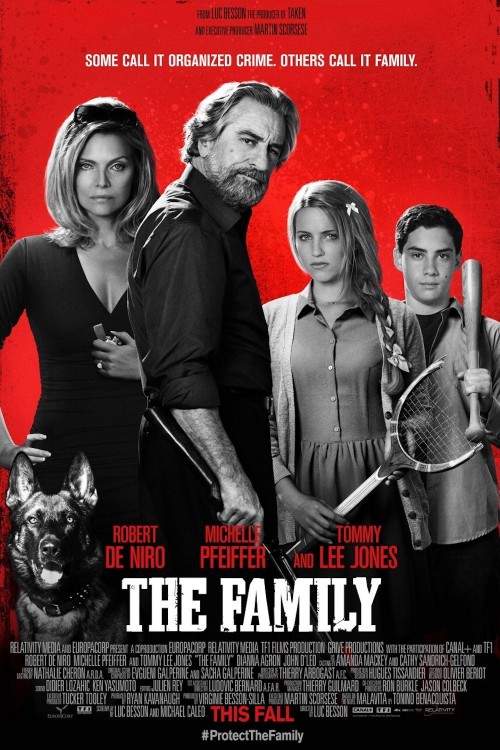 R Action, Comedy, Crime
The products below contain affiliate links. We may receive a commission for purchases made through these links.
TRAILER

6.3
Mafia head honcho Giovanni Maznoni has found himself deep in troubled waters when Don Luchese, a crime kingpin from Brooklyn, seeks revenge for an offensive act that Maznoni committed six years prior. Luchese puts a hit out on the Maznoni family but is unsuccessful. Giovanni brings the matter to the police's attention and enters a witness protection program after Luchese is sent to prison. The family is forced to relocate once Luchese is made aware of their hideout spot. It is in Normandy that all of the family members encounter individual obstacles, which combine to make up the narrative's overall multifaceted story line. Giovanni has a hard time identifying with the locals in the area who don't take his struggling writing career seriously and ignore him as he inquires about the brown water in his home. His wife, Maggie, sets a grocery store on fire and also ruins her relationship with the local priest after she confesses her deepest and darkest sins. Their daughter, Belle, pursues her love interest -- who is not so interested in her -- and their son, Warren, gets involved with gang activity at school. Again, Luchese discovers the family's locale and sends hit-men after them. The Maznoni's triumph and relocate for the final time.
MOST POPULAR DVD RELEASES
LATEST DVD DATES
[view all]