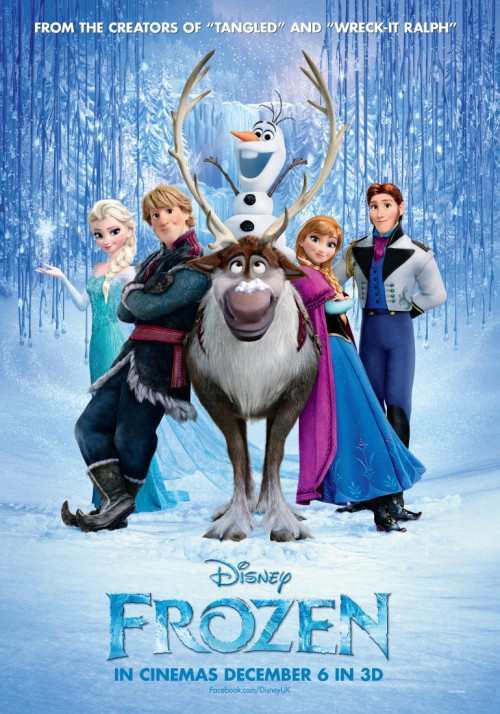 7.4
There are two princesses in the kingdom of Arendelle. Anna is a fearless optimist who never lets anything get her down. Her sister Elsa is not so happy. Elsa was born with a hidden power to create snow and ice with her thoughts. One day, she lets her powers get out of control, which almost results in the death of her little sister Anna. Horrified by this, Elsa flees her home and goes into hiding. Wracked with guilt, her emotions trigger a horrible snowstorm that covers the kingdom in never-ending winter. The evil Duke of Weselton uses the snowstorm as an excuse to turn the people against Princess Elsa to satisfy his own fiendish plot for power. Anna sets out on a journey to find her missing sister. She is accompanied by three sidekicks. There is the gruff but lovable mountain man Kristoff, the brave reindeer Sven and the hopelessly funny snowman Olaf. The four of them are in a race to find Elsa before the Duke can. With the help of love and a little luck, the sisters will be reunited. Their love and reconciliation will hopefully be enough to end the winter and save the kingdom of Arnedelle.
MOST POPULAR DVD RELEASES
LATEST DVD DATES
[view all]