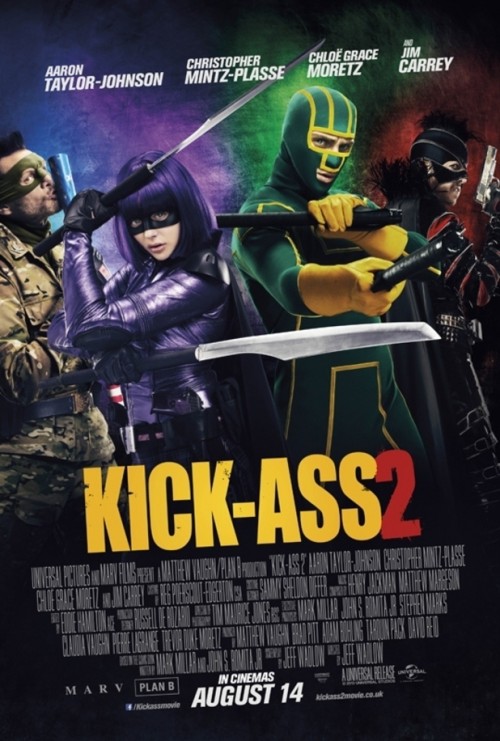 6.5
Kick-Ass is a masked teenage superhero who fights crime one bad guy at a time. With his popularity at an all-time high, more and more people are joining forces and becoming superheros themselves. In Kick-Ass 2, these new masked crusaders all join with Kick-Ass to fight a group of villains who threatens to destroy the superhero and his brand new gang. All of the superheros must band together to save each other and destroy the new gang that threatens to destroy their entire existence. While the masked superheros fight against each other, the movie also focuses on the normal everyday life of these individuals and the high school that they happen to be going to. Prom and graduation are almost here and they must try to fight the villains in their hometown while also focusing on their normal high school issues that are looming over their heads. Kick-Ass 2 is a wonderful movie that mixes adventure with suspense to create an amazing film that almost anyone would love. This is probably one of the reasons why there are so many fans of both the very first Kick-Ass and now its sequel that offers the same amount of action fans crave.
MOST POPULAR DVD RELEASES
LATEST DVD DATES
[view all]