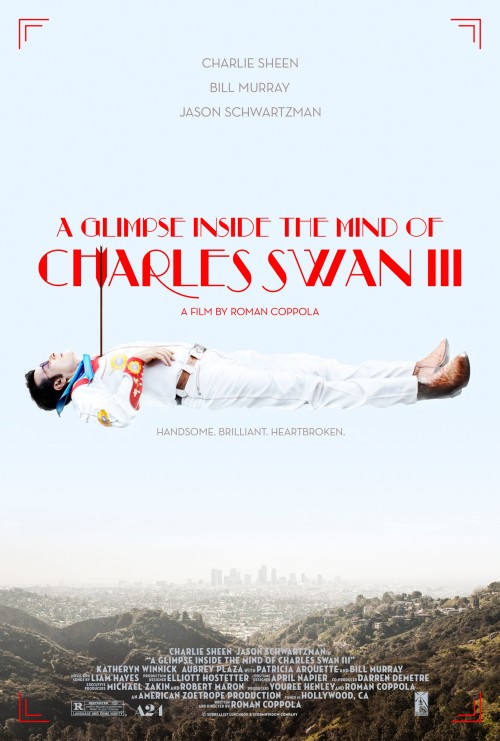 A Glimpse Inside the Mind of Charles Swan III (2012)

4.6
Charles Swan III is successful in his career as a graphic designer and also a shameless womanizer. However, he's thrown for a loop when his current girlfriend, Ivana, dumps him. To make matters worse, Charles suffers from a near-death experience that forces him to reevaluate his life, which leads to a dream-like downward spiral towards rock bottom. Set in the 1970s, A Glimpse Inside the Mind of Charles Swan III follows the protagonist as he tries to comes to terms with the breakup, explores his feelings of love and hate for Ivana, and attempts to improve his life for the better.
MOST POPULAR DVD RELEASES
LATEST DVD DATES
[view all]