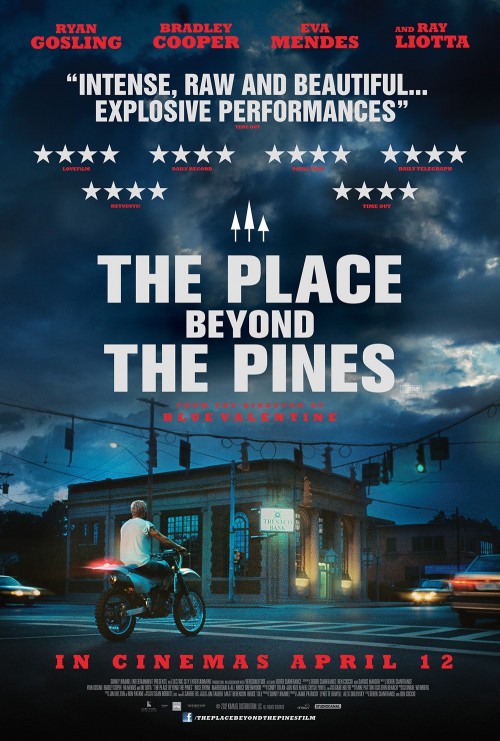 7.3
Luke is a daredevil motorcycle rider who has come to town to Schenectady, New York with his carnival. He reconnects with an old flame who he discovers has given birth to his son. Luke quits the carnival, and he is determined to stay in Schenectady to provide for his son. Luke turns to robbing banks to provide for his son, which ends in his death in a violent shootout with the police. The young police officer who shot Like, Avery Cross, is lauded as a hero and quickly rises up the ranks of a corrupt police force. The story then jumps forward fifteen years into the future, and the young police officer who shot Luke, Avery Cross, is now running for public office. He has a son who is a troublemaker, AJ. AJ is a bully who makes friends with Jason, who it turns out is the son of Luke, the bank robber who Avery shot in the first act of the film. The movie brings together the lives of these sons and fathers in a way that makes the viewer realize how intertwined lives can become. The sins of the fathers are visited upon their sons many years down the road.
MOST POPULAR DVD RELEASES
LATEST DVD DATES
[view all]