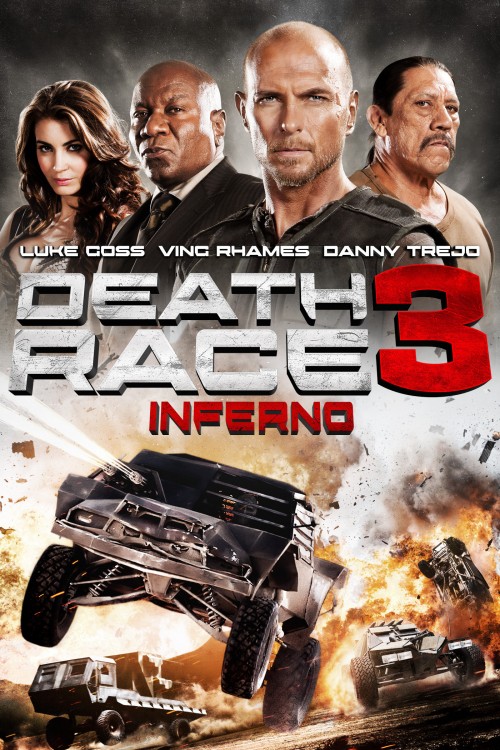 5.4
This is the latest addition of the deadliest race in the world. This time, the race will be held in the scorching heat of South Africa. It will be a race where no one is safe, and there will be many drivers who won?t be making it out alive. Frankenstein is a major celebrity in the racing world due to his victories in two previous versions of the Death Race. As he beings the race in the Kalahari Desert, he soon discovers that his jealous rivals will use any tactic they can think of to knock him out of the race. He quickly realizes that no one on his racing team is safe from harm, and he must battle the elements and his competitors to reach the finish line victorious and alive. Behind the scenes, it appears that the group running the race doesn't want Frankenstein to win yet another Death Race. They have taken steps to make sure that he doesn't reach the finish line, and some of these steps may end with Frankenstein in a body bag. It will be a brutal race that will test the mettle of Frankenstein and his racing crew. But if any man can survive this challenge, it is the best death racer in the world.
MOST POPULAR DVD RELEASES
LATEST DVD DATES
[view all]