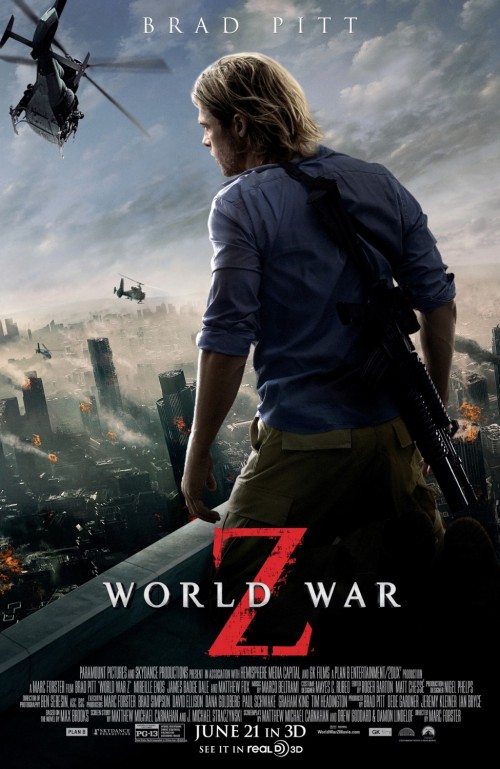 PG-13 Action, Drama, Horror
The products below contain affiliate links. We may receive a commission for purchases made through these links.
POSTERS
‹ ›

7.0
Gerry Lane (Brad Pitt), former United Nations investigator, is sitting with his wife (Mireille Enos) and two daughters in traffic on the streets of Philadelphia when the city is attacked by a wave of zombies. With the plague having an incubation period of 12 seconds and entering the bloodstream from the bite of one of the infected, Lane realizes that saving the city is hopeless and flees with his family in a stolen RV. They are able to reach Lanes's former boss, UN Secretary General Thierry Umotoni (Fara Mokoena), who sends a helicopter to rescue Lane's family. They are flown to the mobile UN Headquarters which is located on a group of US Navy vessels off the coast of New York City, unreachable by the zombie hordes which now control most populated regions of the mainland. In exchange for the safe-keeping of his family, Lane agrees to accompany Dr. Andrew Fassbach (Elyes Gabel) on a military assisted reconnaissance mission to South Korea where the outbreak was first reported in order to determine the cause. While unable to find a cure, Lane does manage to find a way to possibly buy the world the time it needs in order to survive.
MOST POPULAR DVD RELEASES
LATEST DVD DATES
[view all]