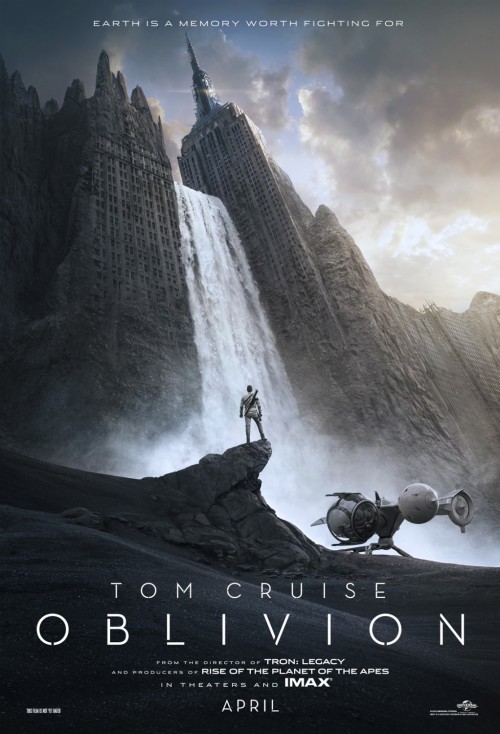 PG-13 Action, Adventure, Mystery
The products below contain affiliate links. We may receive a commission for purchases made through these links.
POSTERS
‹ ›

7.0
The war is over and mankind has survived a devastating attack on Earth by an alien race called the Scavs. However, the Earth and its moon were destroyed when humans had to resort to nuclear weapons and the remaining population has moved to an inhabitable moon orbiting the planet Jupiter, Titan. Only a few remaining workers are left on Earth to protect the massive power stations which convert the Earth's seawater into energy for the colony on Titan. Operations are directed from a space station called the Tet. The year is 2077 and Jack Harper (Tom Cruise), Tech 49, is responsible for repair and maintenance on the killer drones which defend the power stations in his sector. His term of service expires in two weeks when a mysterious beacon signals the crash landing of a pre-war Earth spacecraft, the Odyssey. When the drones go on a rampant killing spree, Jack is only able to save one of the frozen occupants, Julia (Olga Kurylenko). While recovering the ship's flight recorder, they are captured by a group of human resistance fighters led by Beech (Morgan Freeman) who reveals that he and Julia must travel into the radiation zone to discover the truth.
MOST POPULAR DVD RELEASES
LATEST DVD DATES
[view all]