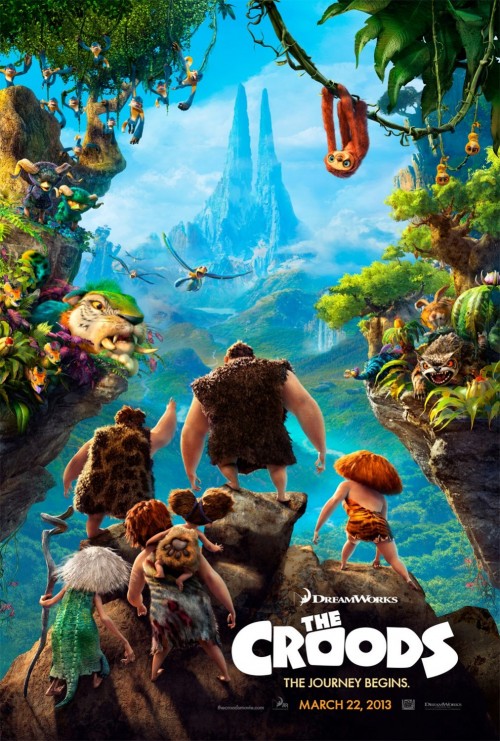 7.2
The Croods is an adorable animated film about a family of cavemen and women. Under the guidance of their father and leader, Grug as voiced by Nicolas Cage, the Croods have always lived the same fearful existence. However, the changing landscape forces them to leave their home and traditional ways behind. Grug moves from the only home he's known reluctantly, while hit daughter Eep (Emma Stone), is excited at the prospect of change. It doesn't hurt that Eep has met a young man, the first person she's ever known outside her family, who doesn't do things in the typical fashion. Eeps relationship with her father falters as the young woman comes of age and grows closer to Guy, who is charming and likable thanks to voicing by Ryan Reynolds. His adorable pet sloth, whom he calls Belt, adds comedy to the movie. As the Croods and Guy learn how to look at the world in a different light, they gain new skills and learn about themselves, even going so far as to adopt once-hated animals as pets. Grug must learn how to use his imagination to survive in the new world without tearing his family apart.
MOST POPULAR DVD RELEASES
LATEST DVD DATES
[view all]