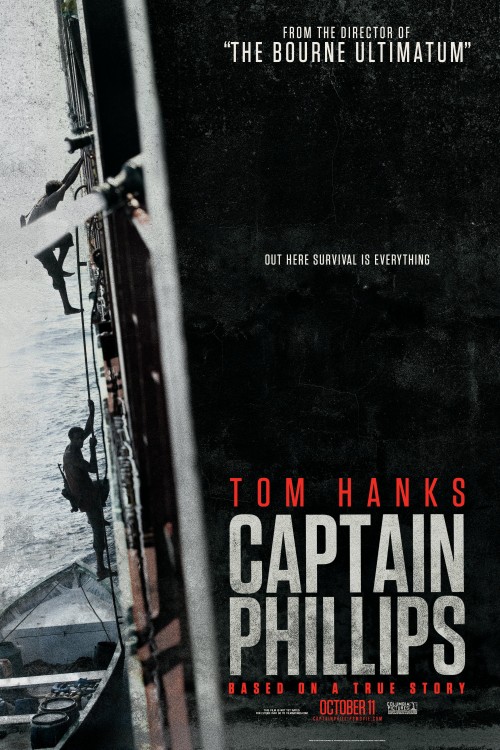 7.8
Oscar-winning actor Tom Hanks stars as Captain Phillips in this tense retelling of a modern-day act of piracy. As Phillips kisses his wife (Catherine Keener) goodbye, a group of Somali pirates begin looking for a ship to attack. Phillips' vessel, the Maersk, becomes the target as it crosses the ocean toward Mombasa. Phillips sights the pursuing boats and takes measures to evade and prevent them from boarding, but is unsuccessful. In a tense standoff on the bridge, Phillips refuses to tell the pirates where the crew is hiding. The pirates discover the crew's whereabouts and two pirates are injured. The pirates abduct Phillips, and the White House orders the military to effect a rescue. The destroyer Bainbridge is sent. In the meantime, the pirates demand millions in ransom for Phillips' return. The Bainbridge arrives, offering supplies to the thirsty and starving pirates. They refuse aid. Phillips tricks them, leaps into the water and starts swimming for the destroyer. The pirates retrieve him, but snipers aboard the destroyer shoot and kill two of them, leaving their leader with no option but to surrender.
MOST POPULAR DVD RELEASES
LATEST DVD DATES
[view all]