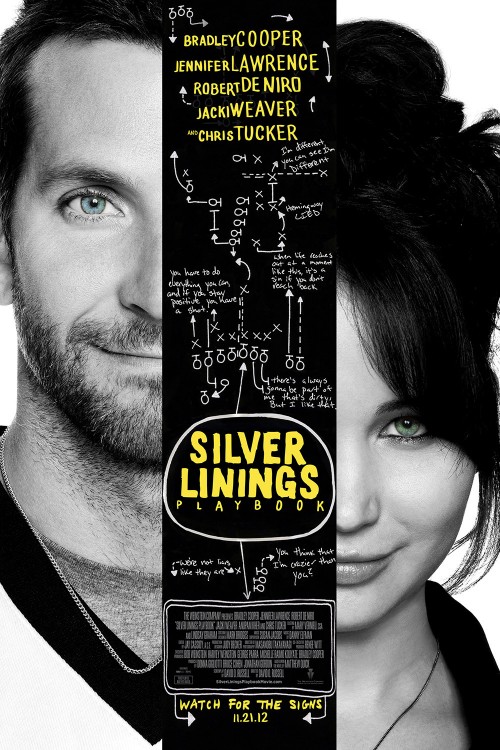 7.7
Silver Linings Playbook introduces us to Pat, played by Bradley Cooper, a bipolar Philadelphia native who has just finished an eight-month stay at a mental hospital, the result of a violent attack on his wife?s lover. Once his mother discharges him from the hospital against medical advice, he moves in with his parents and attempts to make improvements on his life by becoming healthy, reading books, and trying to see the bright side of every situation, all in the hopes of eventually reuniting with his estranged wife Nikki, who has a restraining order against him Through his journey towards self-betterment, Pat meets Tiffany, played by Jennifer Lawrence, the widowed sister of his best friend?s wife. As a recovering sex addict, Tiffany has her own problems, but the two develop a complicated friendship centering on how they can help each other achieve their personal objectives. A bond soon develops that neither of them had expected, and Pat and Tiffany may have to reevaluate their goals as their relationship moves forward.
MOST POPULAR DVD RELEASES
LATEST DVD DATES
[view all]