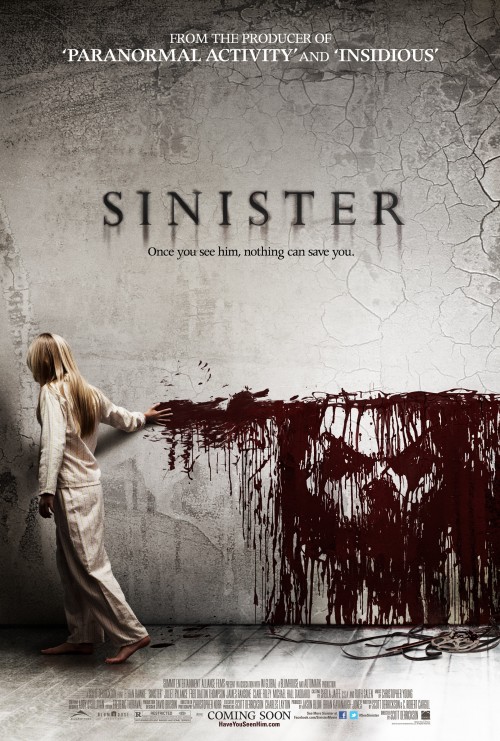 6.8
Ellison Oswalt, formerly a very successful and famous true crime writer, has just moved in to a new home with his family. What nobody else knows is that this particular house was the site of a gruesome crime. An entire family of four had been hung from a tree in the back yard, with the youngest child missing. Ellison plans on repeating the success of his first book by solving the question of who committed the murder, and where the child ended up. Inside the attic he finds a box of Super 8 film reels and a projector. The films seem innocent enough, with names such as "Sleepy Time '98", and "BBQ '79". Ellison watches the films and quickly discovers that they are actually snuff films of entire families being brutally murdered by unseen assailants. In fact, the hanging that occurred in his back yard is included as, "Family Hanging Out '11". Further viewing shows that a demonic creature was on hand for all of the slayings, along with a strange pagan symbol. Ellison continues on with his investigation, unknowingly putting his own family right into the creature's path.
MOST POPULAR DVD RELEASES
LATEST DVD DATES
[view all]