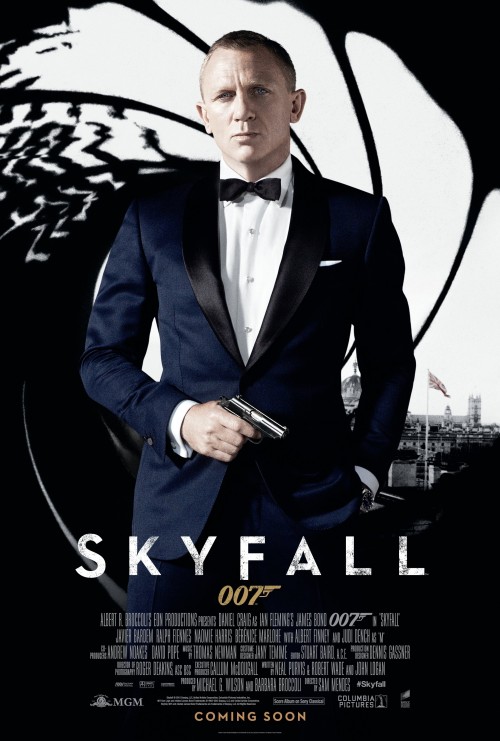 PG-13 Action, Adventure, Thriller
The products below contain affiliate links. We may receive a commission for purchases made through these links.
POSTERS
‹ ›

7.8
M16 agents James Bond and Eve Moneypenny go on a mission in Instanbul to retrieve a stolen hard drive comprised of confidential information regarding undercover NATO representatives. The thief, a mercenary named Patrice, leads Bond and Moneypenny on a chase atop a train where Moneypenny accidentally shoots Patrice and Bond falls into an underlying river. Presumed dead, Bond unofficially retires and goes into hiding until he learns that M, the leader of M16, has become the target of an attack. Bond returns to London where M16's Intelligence and Security Committee order him to discover Patrice's employer, obtain the stolen hard drive and assassinate Patrice. Patrice and Bond meet again in Shanghai, China, as Patrice is fulfilling a planned assassination of his own. After shooting his target from a skyscraper, Patrice falls to his death. Bond allies with Patrice's accomplice, Severine, who also wants her employer dead. The pair is then kidnapped by Silva, a former M16 officer, who kills Severine and shrewdly uses Bond to maneuver his way into M16's headquarters so that he can kill his former boss and enemy, M. Bond does not succeed in saving M, but he does kill Silva. Moneypenny returns and is promoted to secretary for the new head of M16, Gareth Mallory.
MOST POPULAR DVD RELEASES
LATEST DVD DATES
[view all]