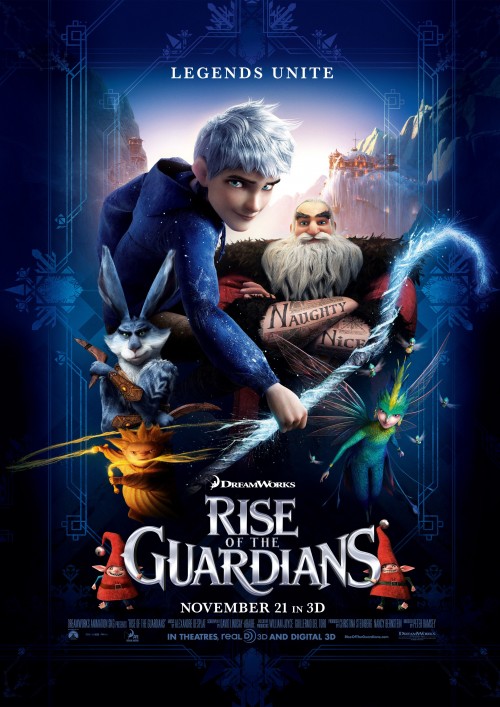 7.2
Rise of the Guardians centers around the adventures of Jack Frost, the spirit of winter, who brought back to the world by the Man in the Moon. Jack Frost has no recollection of his earlier life and he is also completely invisible to the world ? no one can see, hear or touch him. North, better known as Santa Claus, enters the story three hundred years later, finding out about a sinister plot being planned by Pitch Black, the Boogeyman, against the children of the world. Santa Claus a Guardian himself, gathers other Guardians to help him stop the Boogeyman. He calls on the Eastern Bunny, Tooth Fairy and the Sandman to assist him in his quest. Santa then learns that Jack Frost has been nominated by the Man in the Moon to join the Guardians. Feeling dejected after being ignored by the world for centuries, Jack refuses to join the Guardians at first, but Santa eventually persuades him to join in on the Guardians' quest to thwart the Boogeyman?s sinister plans.
MOST POPULAR DVD RELEASES
LATEST DVD DATES
[view all]